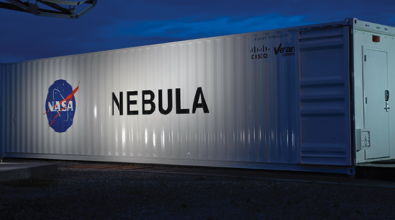 Chargex lithium batteries can be manufactured with the highest insulating material know to man - NASA's Aerogel.

Chargex, now, exclusively offers and integrates NASA’s aerogel thermal and fire resistant technology. Aerogel, considered the highest insulating material known and one of the lightest solids, was successfully used by NASA for insulation purposes on the space shuttle, Mars Pathfinder and other rovers, and STARDUST spacecraft missions to combat extreme temperature environments. NASA Aergogel technology was recently published in the NASA space Agency’s publication titled Spinoff, which features innovative products whose development can be linked to NASA. Spin-off technologies are offspring commercialized products that have direct roots from NASA funding, research, licensing, facilities, or assistance. While NASA does not manufacture, market or sell commercial products, many commercial products are derived and have been adapted by private industry from NASA technology. Such is this revolutionary composite aerogel material that is at the core of CHARGEX®.

Chargex Aerogel works by breaking the thermal bridging link while being totally breathable, with a natural ability to repel liquid while allowing the passage and release of moisture vapor. Aerogel is a synthetic porous ultra light material derived from a gel, in which the liquid component of the gel has been replaced with a gas. The result is a solid with extremely low density and low thermal conductivity. Aerogel is a diverse class of ultra-low density solids that combine multiple disparate and extreme materials properties into a single material envelope. Mixed with silicon dioxide and solvent, aerogel is 99.8 percent air, and is 1,000 times less dense than glass. Despite weighing only 3 milligrams per cubic centimeter, aerogel can support up to “4,000” times its own weight if the force is gently and uniformly applied. Aerogel can also withstand high temperatures and can be protect from a flame. Some Aerogel's provide 39 times more insulation than fiberglass. In terms of aerogel’s physical appearance, aerogels are sometimes referred to as “frozen smoke,” “solid smoke,” “solid air” or “blue smoke” because of the material’s translucent nature and the way light scatters in it. The substance has been described as feeling like volcanic glass pumice; a very fine, dry sponge; and extremely lightweight polystyrene (Styrofoam). When you hold a piece of silica aerogel, it feels otherworldly. The remarkable characteristics of silica aerogel—low density, light weight, and unmatched insulating capability—attracted NASA for cryogenic insulation for space shuttle and space exploration mission applications.